Effects on blood pressure & fatigue in elderly patients with hypertension 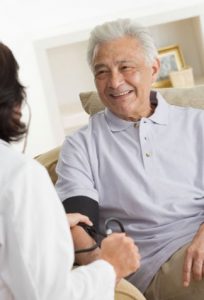 PURPOSE:
This study was done to evaluate the effects of foot reflexology on blood pressure, serum lipids, fatigue and self-efficacy in patients with hypertension.

Self-efficacy in the experimental group did not decrease significantly after foot reflexology. 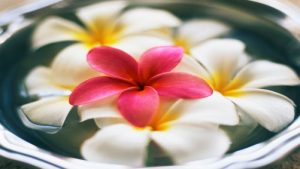 PURPOSE:
This study was done to verify the effects of foot reflexology on the self-esteem and vitality of elders.

METHOD:
A non-equivalent control group pre and post-test design was used. Research instruments to measure self-esteem and vitality were used in this study. The participants were elderly women hospitalized in a hospital in Okcheon County, Chungbuk Province, Korea. The 18 patients in the experimental group performed 40 minutes of foot reflexology per time for a total of 12 times over two weeks, and the 18 patients in the control group received regular care only. Before and after the experiment, both groups were tested for self- 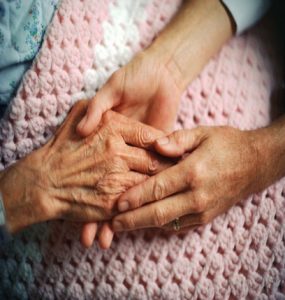 esteem and vitality. Frequencies, percentages, chi-square-test, t-test and Mann-Whitney U test with the SPSS/WIN 10.0 program were used to analyze the collected data.

RESULTS:
Vitality of the elderly women patients improved significantly in the experimental group. However self-esteem did not increase significantly.

CONCLUSION:
Foot reflexology is effective as a nursing intervention in improving the health of elders.

Learning Objective #2:
Describe the effects of a reflexology intervention in a nursing home population.

Methods:
This experimental repeated-measures study of 80 subjects (40 control and 40 experimental) with mild to moderate dementia randomized to experimental and control groups was designed to test the efficacy of reflexology as an alternative and complementary therapy in nursing home residents with mild to moderate dementia. The reflexology sessions and control group intervention was provided by a trained reflexology therapist once a week for 4 weeks, and lasted 30 minutes each. Physiologic stress was assessed using blood pressure, heart rate, and salivary measures of cortisol, alpha amylase and DHEA. Measures of pain, anxiety and depression were assessed using standardized indexes by trained data collectors blind to subject group assignment.

Results:
Analysis of variance for repeated measures demonstrated a significantly greater decrease in symptoms of pain, depression and physiologic measures of stress for the residents given reflexology treatment than for those in the control group.

Conclusion:
These clinical findings support the use of reflexology in nursing home residents with mild/moderate dementia.